Today's commercial and industrial buildings tend to have a variety of heterogeneous systems, say HVAC (heating, ventilation, and air-conditioning), security, lighting, energy management, elevator/escalator, garbage disposal, fire-fighting, etc. Building Automation, or “Smart Buildings”, is a growing trend to centralize a variety of these systems into one management platform to allow the automatic control of the whole building.

Where it all began

The core technology needed for Building Automation is the application that collects and transforms system device data into analytics. Sometimes system devices are also managed by this application.


The Biggest Rewards of Building Automation

Although the very first purpose to automate a building is for cost and energy, the biggest rewards Building Automation can bring are security and safety. Imagine how an automated commercial / industrial building can work: It can shut itself down after working hours. It turns off the lights and re-adjusts utilities and room temperatures when the clock strikes 5:00 P.M. If some of the office workers want some extended hours of paperwork, it’s alright with the building as long as they swipe their ID cards at the card readers at the front door. The building will restore the service for them. The building will reactivate relevant elevators, shed a light on the corridor they go by and weatherize the office room for them again.


The challenges to overcome

Being so advantageous, Building Automation takes a lot of nasty jobs, the so-called “system integration”, to achieve. In the past, it meant troubles and chaos when it came to system integration. For example, there are lighting fixtures, HVAC, public address, car park, elevator/escalator, fire fighting, energy management, security, garbage disposal and so on. They are so diverse, and they use different data structures and software applications. The data acquisition structure alone poses many challenges. System integrators need to decide a communication protocol for different systems to work together and exchange system data over the network.

GVD has a variety of NVRs with Modbus support. Modbus is the most popular serial-communication protocol widely-used for Building Automation. With Modbus, GVD’s Central Management Platform can quickly integrate with the automated system of a building without the extra effort of engineering work. 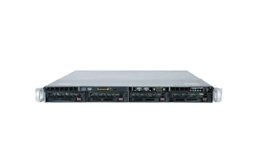